Biltmore House and Gardens is Featuring "Glamour on Board: Fashion from Titanic the Movie" 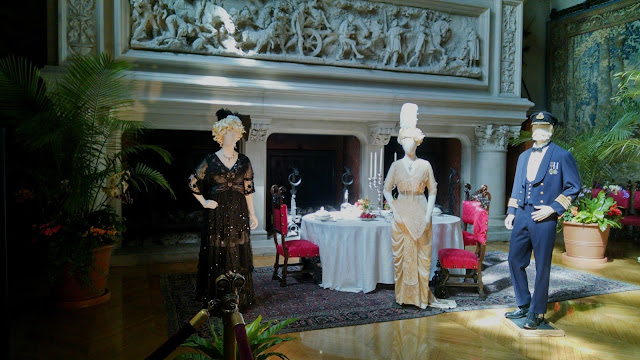 In 1997 "Titanic the Movie" came on the scene and was a huge success. The movie was nominated for 14 Academy Awards and won 11. I found this article from Wikapedia very interesting, as it delves more into the main characters portrayed in the movie. Some of them were fictional and others were actual people who were sailing or working on the Titanic when it collided with an iceberg in the icy waters of the North Atlantic Ocean. More than 1500 people were said either to have died when the luxury liner sank or froze to death in the cold waters that night of April 15, 1912. George Vanderbilt, who built Biltmore House known as Biltmore House as the home for he and his wife Edith. They traveled extensively and were, in fact, transatlantic travelers. Clothing worn on such voyages would have been the very latest in fashionable attire. The Vanderbilts had actually been booked to sail on the Titanic's maiden voyage. Anxious to get back home, they and their daughter decided t
6 comments
Read more
More posts