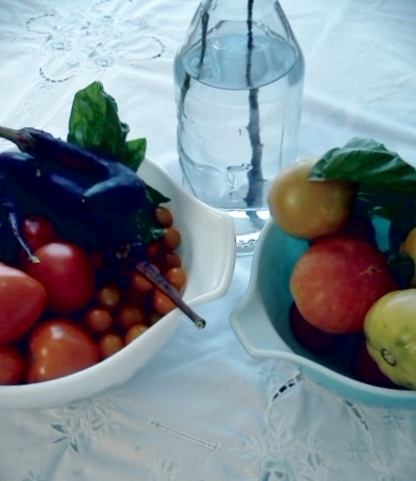 My garden got off to a pretty good start this year. But alas, it is not so great now. If it weren't so depressing, I might have posted a picture of it. We have had lots of rain, so we did not have to water much. The problem is, however, that we had a little too much rain, for several weeks, and not enough sun. We did have squash, zucchini, beans, peppers and cucumbers for a few really tasty meals. The over-abundance of rain seems to have encouraged the pesky bugs and worms, which started attacking all the vines and they withered. They look pathetic now. I had planted several varieties of tomatoes and they have done quite well. There are a few tomatoes and peppers still growing. This is a picture of the last of the eggplants and several types of tomatoes I picked a couple of days ago. In spite of my garden's not doing well, there were some things that benefited from the rain. One of the things in my yard that did well and produced a blockbuster crop this
17 comments
Read more

A Face-lift for the Master Bath 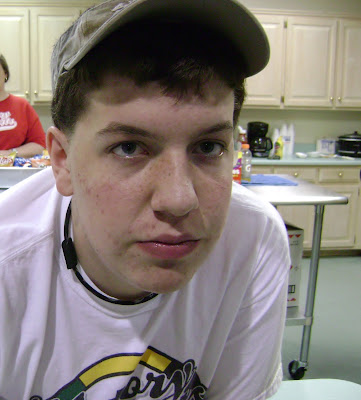 My master bathroom has been in need of a face-lift for several years. It looked so bad that I did not take any before pictures. The changes I made would look more impressive, if you had seen the before. We had painted it yellow more than six years ago. At the time, I was into yellow, so we painted the master bedroom and master bath in yellows. I really do like the color yellow, but the color in there had long since begun to grate on my nerves. It was looking more putrid than pretty. The floor was beyond disgusting. I won't go into graphic detail about it, but suffice to say, it was looking like a really bad "before" room from an episode of  This Old House . I had been planning to replace the floor this room's floor for quite a while. I decided several years back what flooring I was going to use. I first discovered the flooring while visiting Jennifer Grey's blog, The Old Painted Cottage at  http://theoldpaintedcottage.blogspot.com/  . It is one of my all-time
22 comments
Read more 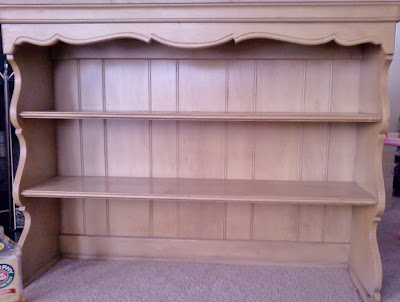 Most people who read my blog, even occasionally, will know that one of the things I enjoy most is going to thrift stores. It is a favorite past time of mine and I could and sometimes do explore the aisles of these places for hours. Sometimes I go with a purpose in mind, but some of the best finds are those that are unexpected treasures. Today, I will post about some of the things I nabbed this spring and summer. First, let me show you something my friend and I found near the beginning of summer. This hutch top: We had to go back to Harriette's house to get her truck, so we could haul it home.  It is a pretty big truck, but fortunately it has a camera for safe backing. It's a good thing, because we certainly did not want her to be the topic of headlines in The Aiken Standard for being the woman who backed through the Habitat Thrift Store. She did a good job backing into the space, never getting close to the glass window,  as you can see from this photo:
9 comments
Location: Aiken, SC, USA
Read more
More posts