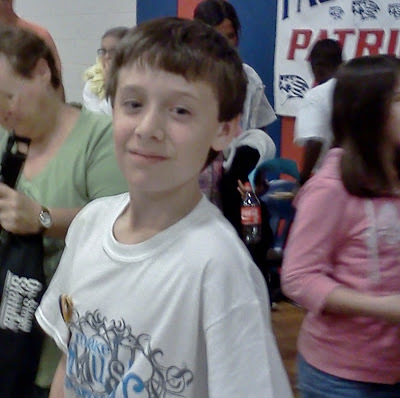 I have not spent much time blogging the past couple of weeks for various reasons, including family illnesses, some unexpected events, reading and a general lack of enthusiasm on my part. You know what I mean, stuff and things and time flying on wings. Did you know that with having grandchildren comes an automatic license to brag about them? I try not to do it often, but every now and then, I think it's okay. Today, I am going to take that license to tell you a little something about a special young man and to brag on him, just a smidgen. This is the youngest of our two grandsons, Stephen. One of the things Stephen enjoys is watching wrestling matches and collecting items related to the sport of wrestling. He has loved doing this since he was a tiny tot. He spent hours running all around the house in his undershorts, wearing a cape, pretending to be one of the wrestlers he had seen on television. Our three granddaughters adore Stephen and think he is "all that" an
6 comments
Read more
More posts